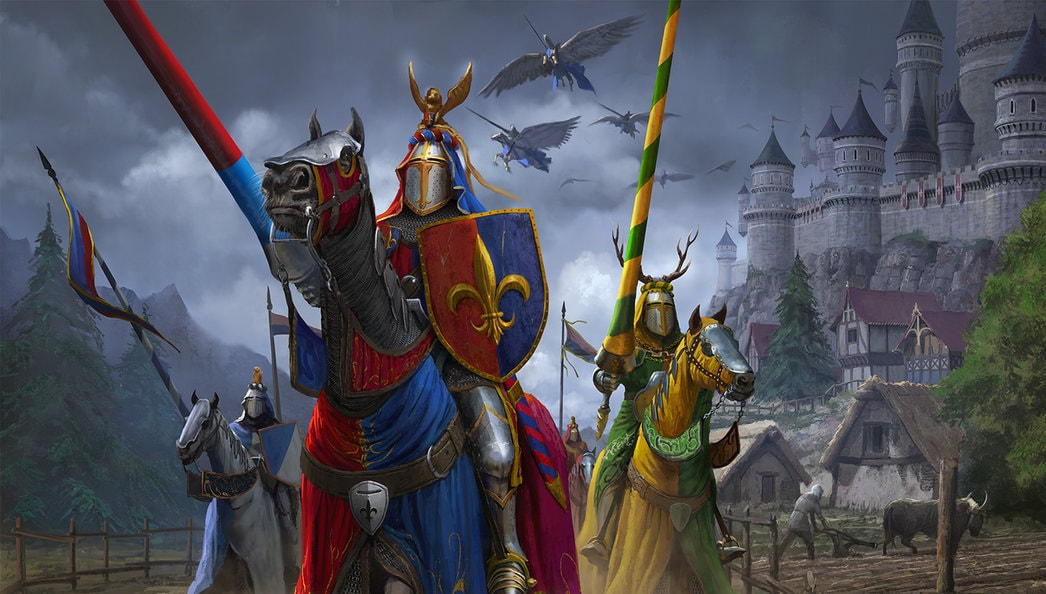 The peasants know well not to stray into the forests of Bretonnia. Hidden in the shadows of the overgrown canopies is the realm of evil beasts and fey beings of which none harbor goodwill for mankind. The Lady's light cannot reach you there and the Lady's knights cannot ride to your rescue there. Bordering Gisoreux, L'Anguille, and Lyonesse, and covering most of Artois, is the largest and darkest of the kingdom's forests: the Arden. While the lord's of Bretonnia may fight over the villages and castles, the rivers and roads, that dot the landscape, none truly lay claim to the forest and the peasants that choose to dwell on its fringes know that the protection of their noble masters is worth little to them.

In the walled cities of Bretonnia, the news spreads that the Fey Enchantress herself, first servant of the Lady, has crowned the duke of Couronne as the new king of Bretonnia, quelling the voices of many pretenders, and sparking hope of a new era of Bretonnian ascendance. King Louen, a proven statesman and pious Grail Knight, recognizes that strife will prelude the kingdom's return to glory, and he calls all true followers of the Lady to his banner as he declares his intent to punish those who flaunt the king's peace, eradicate those who threaten the commonfolk, and secure the realm against evil. However, he now finds himself on the throne of a kingdom paralyzed by feuding dukes and fearful citizens, scrounging for scraps from their neighbors while preyed upon by creatures that hunt mankind.

One of these hunters that the ambitious king must confront, born into its latest reincarnation within the Arden's shadows and rising to supremacy over all the beast-kin that inhabit its groves, is the Shadowgave. This favored creature of Chaos, after overcoming the challenges of the Dark Gods and amassing a vast brayherd within the far off forests of the Drakwald, has called upon his followers to accompany him in pilgrimage to the lands of his birth. The visions of the great Corrupter have proclaimed that his power must take root within the Forest of Arden and devour the lands of Bretonnia, and word of this dark pilgrimage quickly spreads among tribes far and wide.

Though both arrive heralded by prophecy, yet only one prophecy can be fulfilled.

Spring, 2503 IC
Turn 37
The Warcamp of the Shadowgave destroyed by Couronne
​Victory for Louen Leoncoeur