Together For Victory - Starting Conditions

In-game points will be ignored for this campaign. Instead, players may accumulate points as described below.

Ages and Scoring
Scoring is counted on January 1st of every year. Achieving objectives is only counted at the start of each year, and will not count for any score if lost the day before. Unless otherwise stated these scores are multiplied by the World Tension, meaning objectives tend to become more valuable later in the game. Score might also be gained in some ways that are immediate and any immediate score will also generally be multiplied by the World Tension.
Advice: Treachery works best when executed close to the end of a Year, giving others little chance to retaliate before score is counted, but it can also be difficult to quickly pry away an objective from another player. Generally it is more reliable to obtain objectives as early as possible and defend them, rather than steal them. On the other hand, securing objectives early and aggressively can set the field against you in the campaign's early diplomacy. Waiting until the late game to make decisive moves can pay off, as the Tension multiplier can quickly catapult a player into the lead as long as previous leaders are deprived of their own sources of score.

Factions and Scoring
Any players who share a faction will also share score gain. The score for any objectives held by players in a faction will be divided by all players in that faction.
Advice: While working together can be a sure way to victory, stronger nations will be incentivized to leave factions or create their own factions in order to maximize their score.

-Titles - In addition, the highest scoring player within each starting group will earn a title for their name on the Campaign Player List.
Top score - "Ironheart"

- Nation selection in a future campaign will go in order of prestige earned in this campaign, except players who received prizes will pick last (in order of final score).
Other Campaign Rules
1. Nation Selection

Selection Order - Nation selection in this campaign will be determined by bidding. For the first nation in the list, each player will secretly bid a number of Civilian Factories. The player who bids the most factories will win control of that nation, and that number of factories will be destroyed in that nation's capital province (and from random additional provinces if needed). If there is a tie for the bid (or all bid 0) then all tied players will roll a d100 and the player rolling the highest can choose that nation if wanted or pass to the next highest roll. If no players want the nation then the lowest roller must play the nation. This system continues for each nation on the list until all players have been assigned.

Please do not enter occupied War Camp channels unless invited by an occupant. These channels are available for both plotting in peacetime and coordination during wartime. Refusing to respect War Camp privacy will lead to being kicked from the Discord.

Players with player-controlled subjects may not annex their subjects.

Peace Conferences will ignore the in-game points system and use the Player Controlled Peace Conference Mod and the below house rules:
​https://steamcommunity.com/sharedfiles/filedetails/?id=846066944&searchtext=player+led+peace

- All nations must be given the states they occupy at the end of the war unless the they have no access to that state through land they control or through sea (landlocked enclaves). Any such state must be given to a conference participant of the occupier's choice that does have access.

- All states that were not occupied at the end of the war must be given to the winning faction leader (weather player or AI) as puppet or satellite states where possible. The faction leader (or top scoring player if the faction leader is AI) may choose how to divide these states among puppets/satellites if multiple options are available. This will generally require all conference points be passed to a single player. If any states do not have an option to puppet then they are instead annexed by the faction leader if the faction leader has access as described above. If he does not have access then he must chose a nation that does to receive the state. A player controlled faction leader can give or trade these states with other players as described above.
​
- In all the above scenarios players may always choose to puppet or liberate any states they would receive or to simply leave the states under the control of their current governments.
​
This system unevenly rewards players who were able to go on the offensive in the war and will leave those who were forced to defend their own land with less to show for it unless you can convince other players to hand over their conquests. Keep this in mind before you allow other faction members to use you as their shield. Note that as land is occupied, it will generally go to a participant in the faction that has claims on it or shares a border with it rather than just to the owner of the forces that are present.

The nations available are listed below, in order of most desirable starting conditions (left to right). 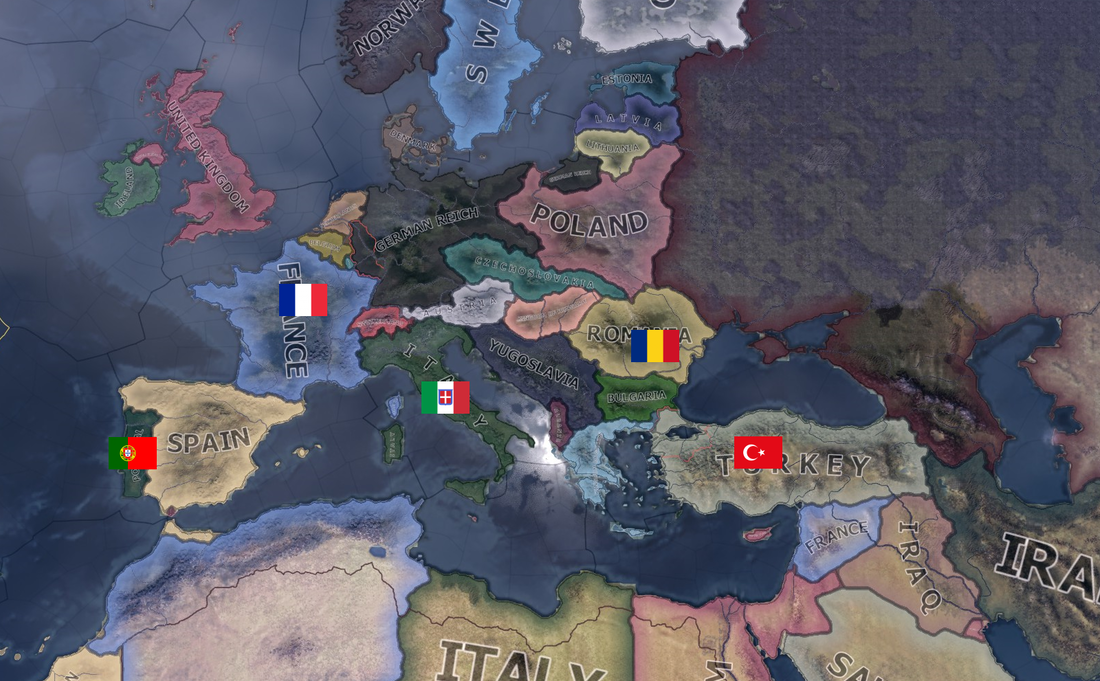 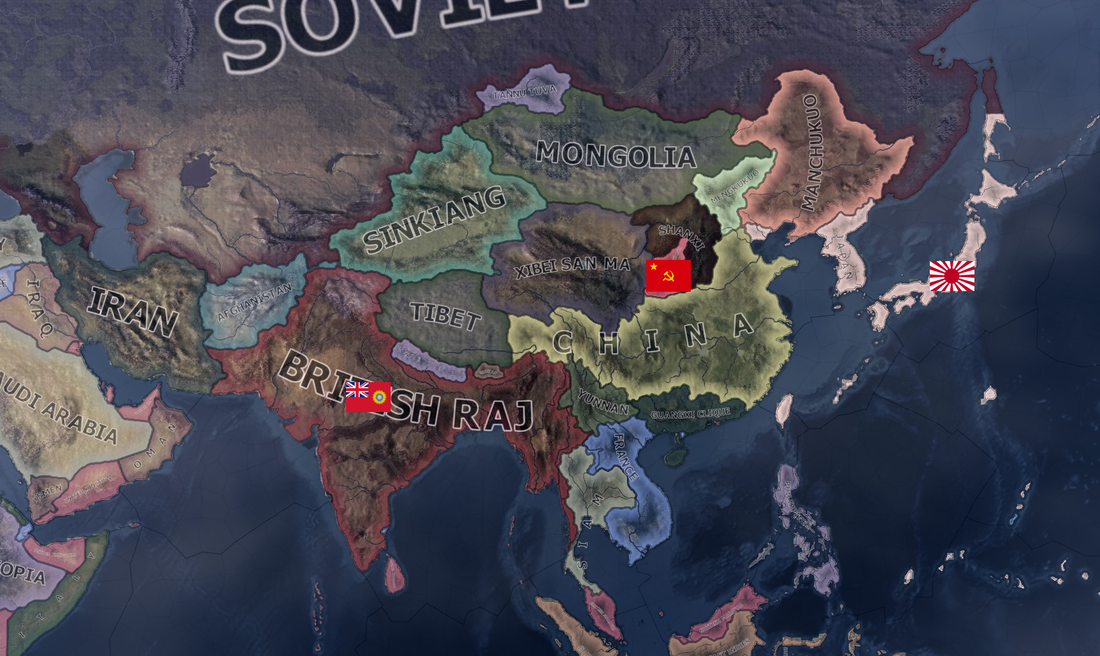 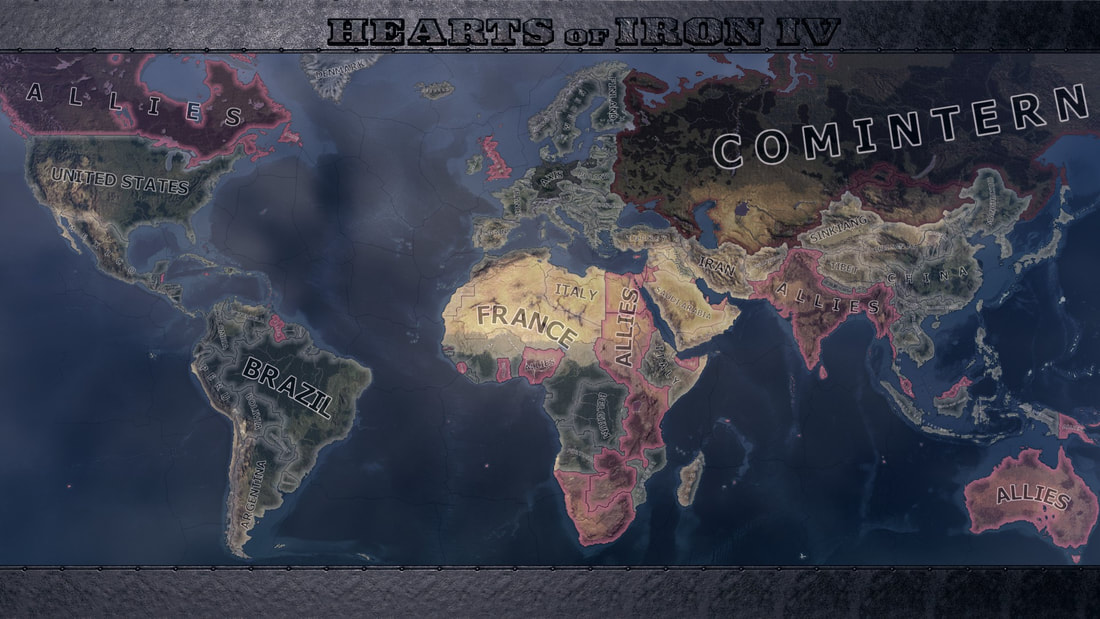 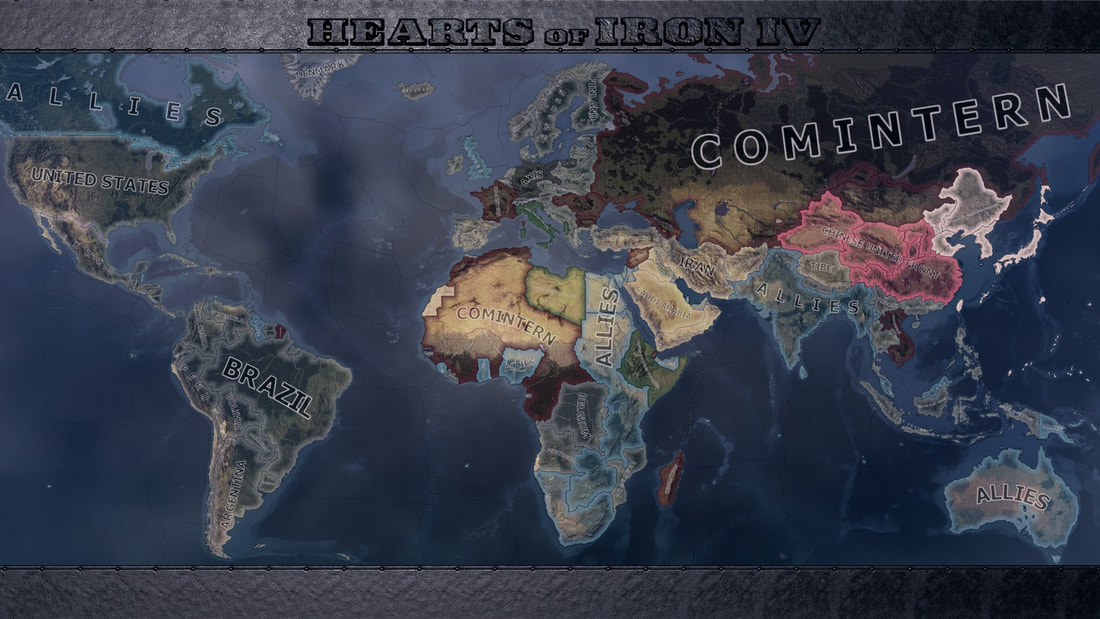 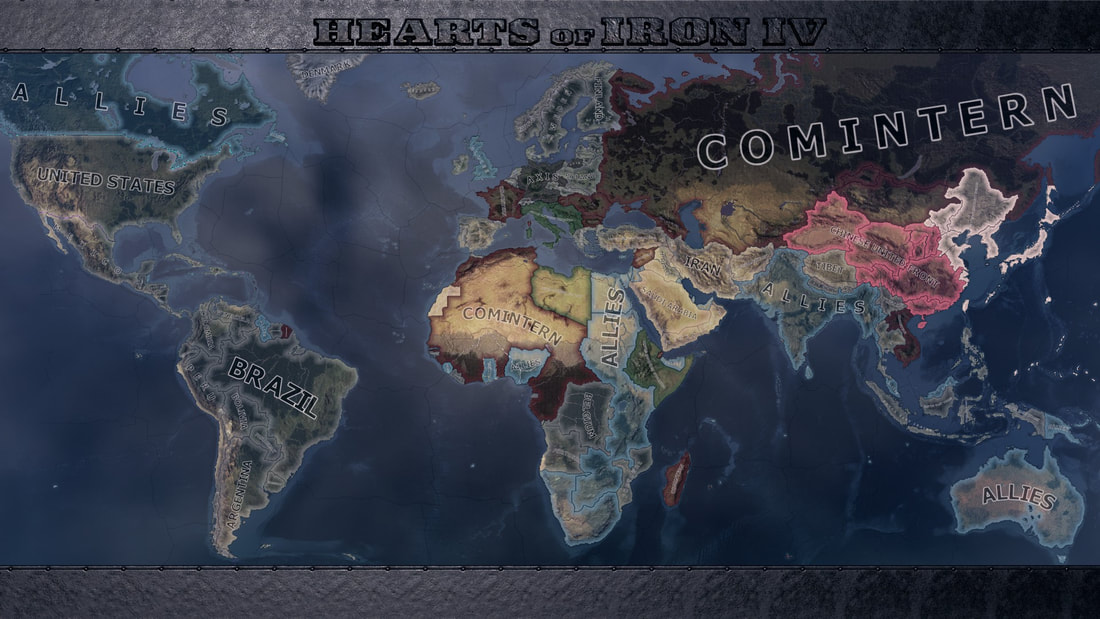 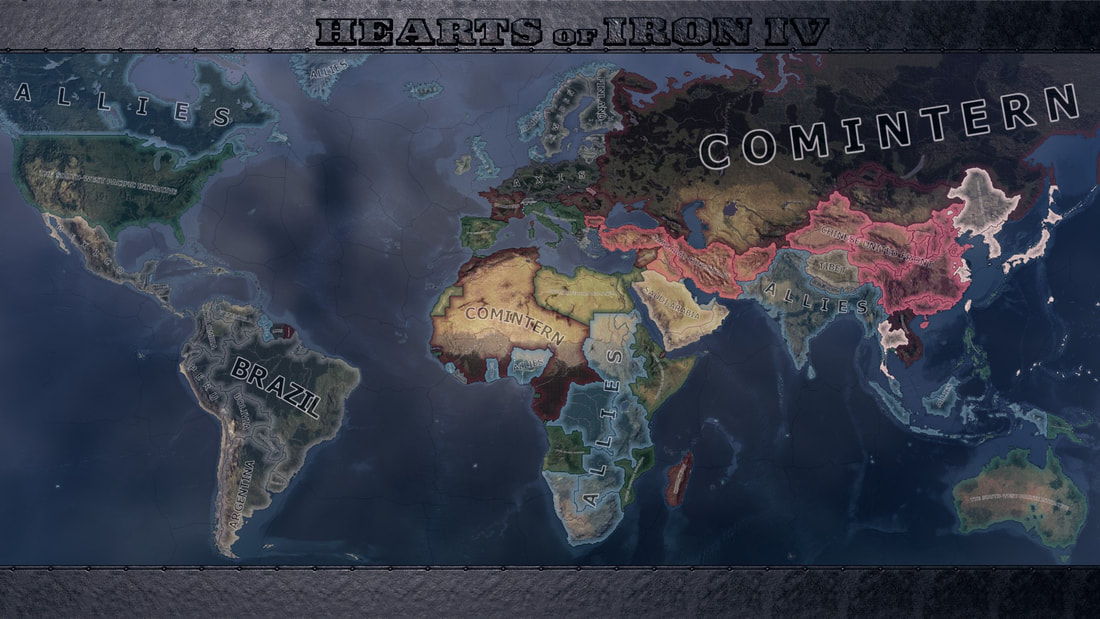 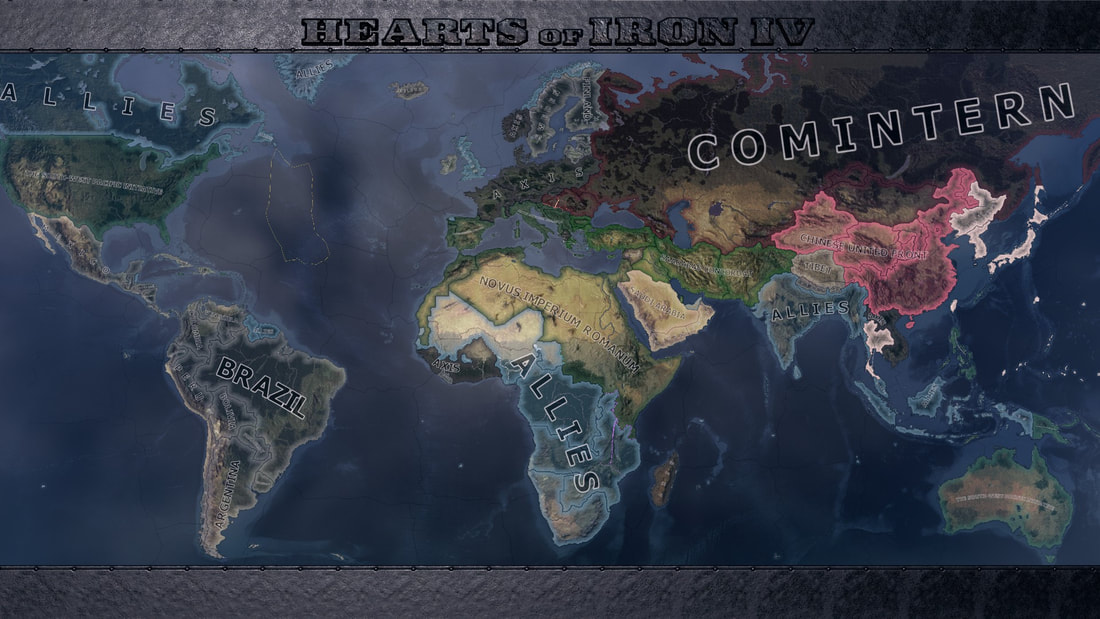 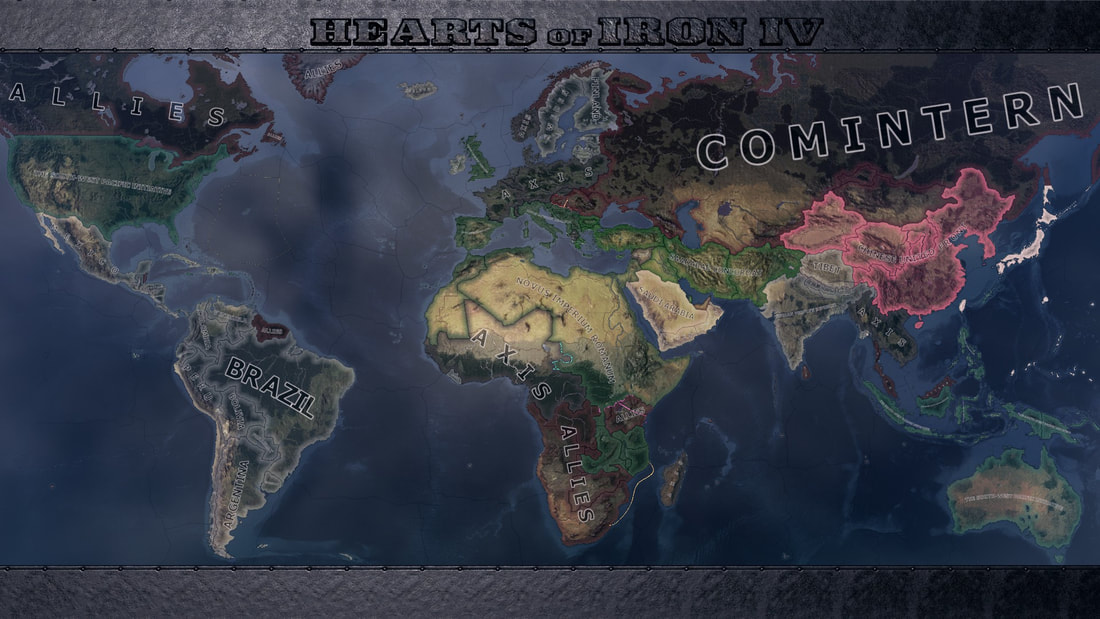 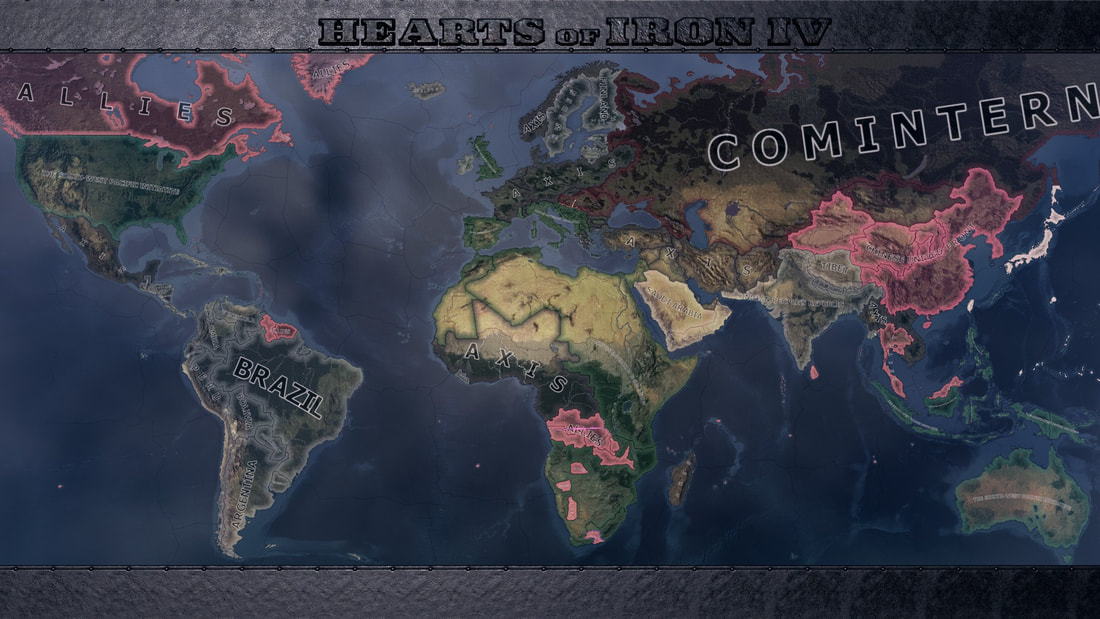 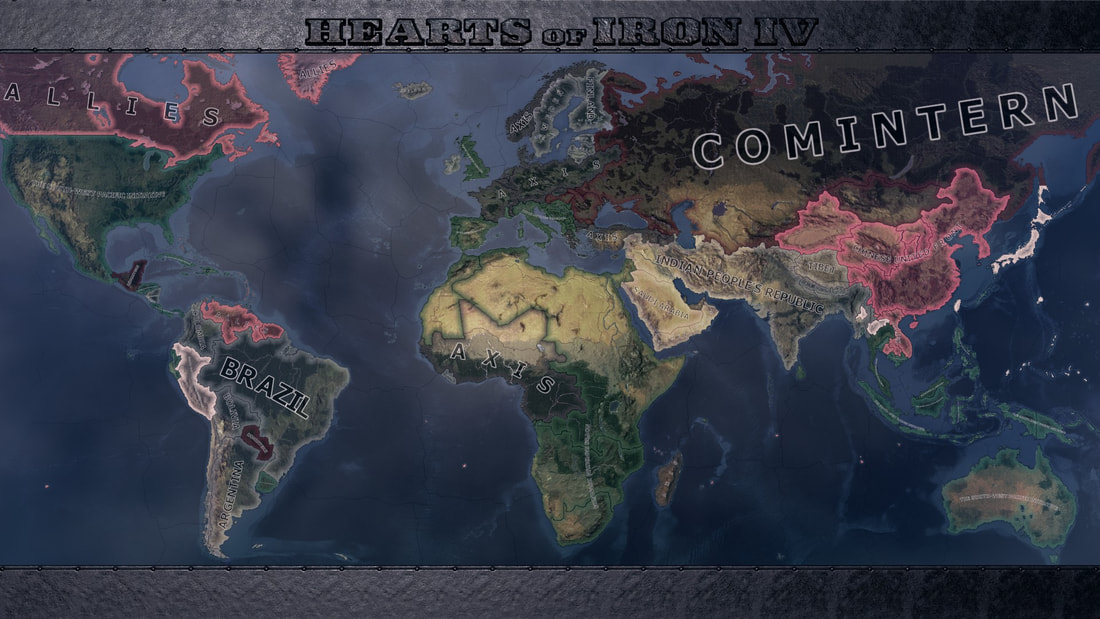 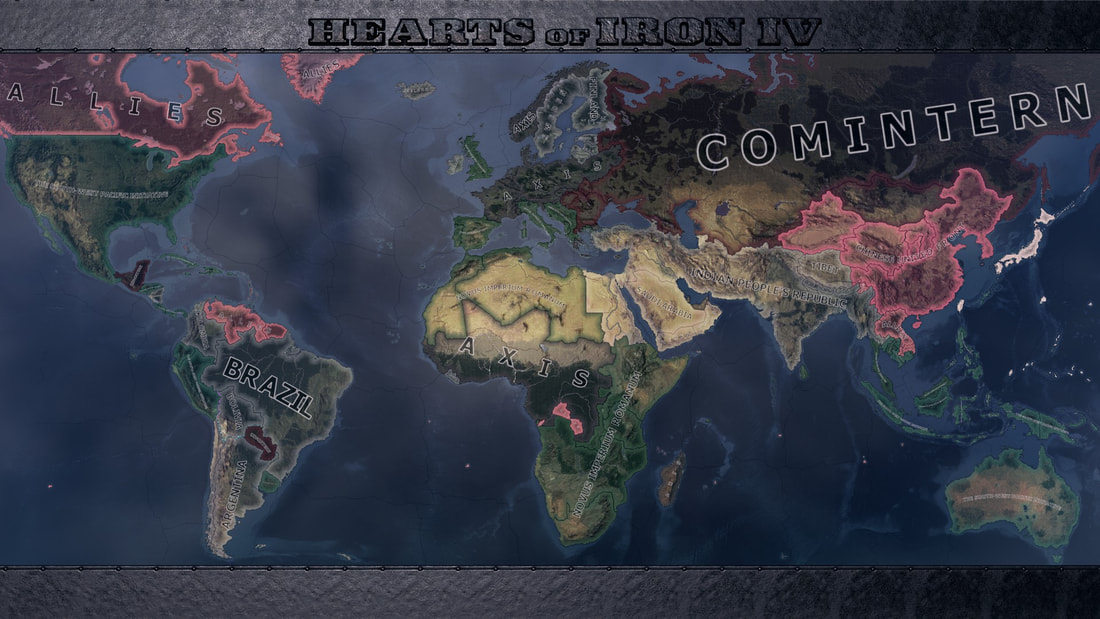