This campaign will focus on the internal politics of the Holy Roman Empire with players representing each of the starting Imperial Electors in 1444. The states of the Holy Roman Empire have successfully defied the nationalism-fueled centralization of feudal power that has occurred in all the surrounding regions of Europe, but their autonomous survival is dependent on their cooperation. The elected emperor of the Holy Roman Empire is sworn to defend its members and receives both taxes and soldiers from the many member states to ensure all contribute to the costs of their mutual protection, but entrusting this prestigious duty to the same throne for too long will allow its ruler to consolidate inordinate power, threatening the balance between the Empire's noble families.  The princes of the Empire must simultaneously work together to prevent each other from falling prey to the growing strength of neighboring monarchs, while also defending their independence from the very one they elect to protect them.
House rules
​1. The primary objective of this campaign will be to either pass the final reform of the Holy Roman Empire or to disband the Holy Roman Empire. Any player who achieves this objective will immediately win the game.

2. The secondary objective of this campaign is to secure points by electing players to the imperial throne. Everytime a player is elected as the emperor, every other player (excluding the new emperor) who voted for the elected player will receive 1 point for their contributive influence. As the emperor, a player will receive 1 point for passing a reform, and will also receive one point any time they appoint a player as an elector, and will lose one point anytime they revoke electoral status from a player. In 1821, if the primary objective has not been achieved, the player with the most points will win the game.

3. During their first missed session, other players may not attack the absent player's nation, and may not demand any peace terms from their nation if they find themselves at war by other means. Absent players' nations are not protected in further missed sessions and players cannot take advantage of protection after the year 1750 regardless. If a war continues into a player's protected session, his enemies may only demand the ceding/release of land they occupied at the start of the protected session, war reparations, gold, trade power, concession of defeat, and/or humiliation.

4. If a player is eliminated, he may immediately rejoin the game as any nation nominated by his opponents that is also a member of the Holy Roman Empire. Upon the elimination of a player, all other players must nominate one nation for this purpose (including subject nations), and may nominate the same nation as other players.

5. In order to encourage more frequent, shorter wars that do not devolve into world-spanning conflicts, we will be using the 30% Rule in this campaign. At any point in a war that the primary aggressor/defender has 30% or more war-score, they may send a peace treaty demanding the annexation of one province that they occupy, that is owned by the primary defender/aggressor, and that they share a border with by land or sea, or a white peace, and this peace treaty cannot be refused. To be unrefusable, the treaty must contain no other conditions except the annexation of the single province and the province must not be a nation's capital. The sending player may pause the game for this treaty, so that the war-score will not change and the rule can be enforced.

6. Since this campaign will take place outside of the standard league, nation selection will be done by a blind bidding system. Players will send a list of bids in ducats, in multiples of 25, for each nation selection available to a neutral party.

-Starting with Bohemia and descending from there as seen in the list below, the neutral party will reveal who bid the most for each nation. All bids on later nations placed by a player that has already won a bid will be ignored. All bids for the Prince-Electors will submitted in a first round of bidding, and then all bids for the Archbishop-Electors will be submitted in a second round of bidding, after all Prince-Electors have been determined. Any ties on bidding will be randomly assigned between the tied winners before the next nation is determined, however any nation that receives no bids will be held until the end of that round of bidding and randomly assigned between all remaining players.


Rewards:
​
- There will be one prize for the winner of the game.
- Placement after the winner will be in order of points scored and may be used for nation selection in the next mini-campaign. 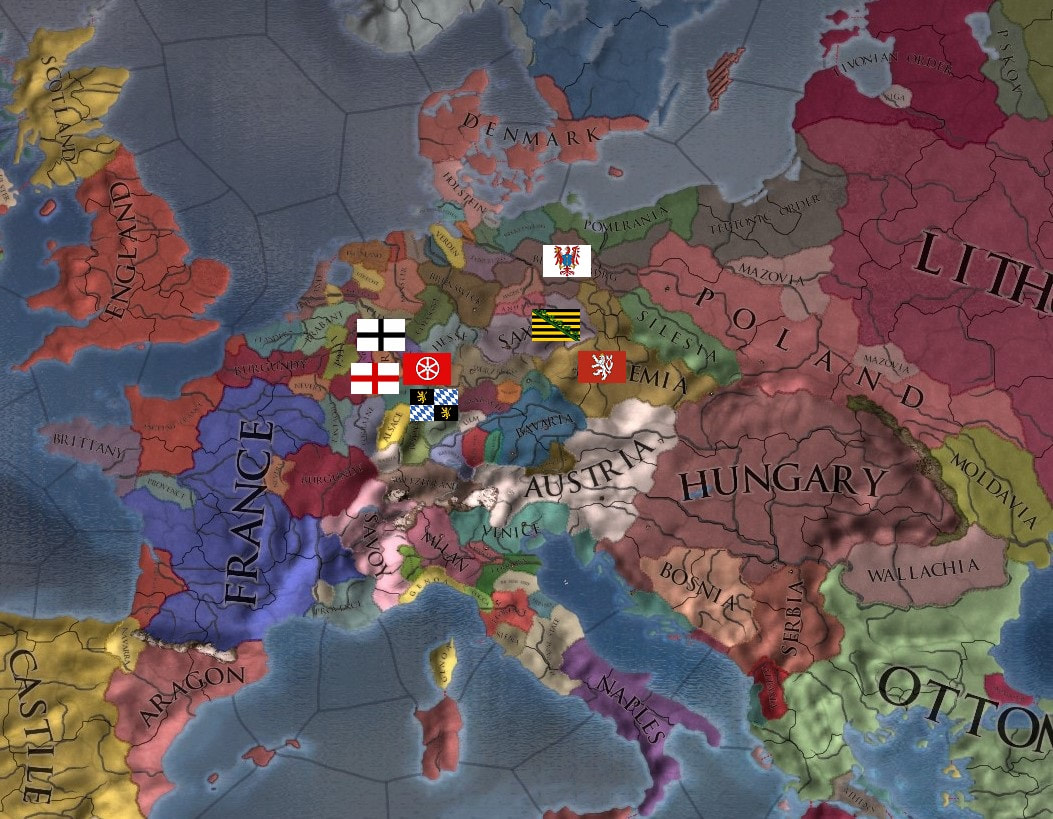 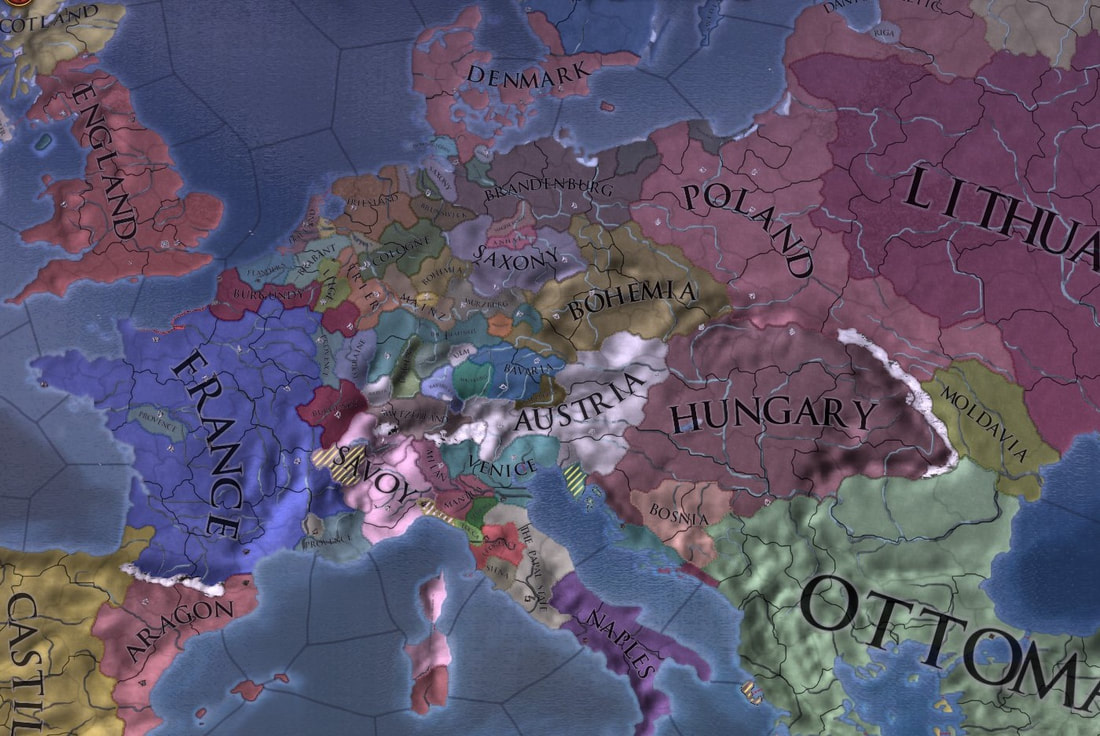 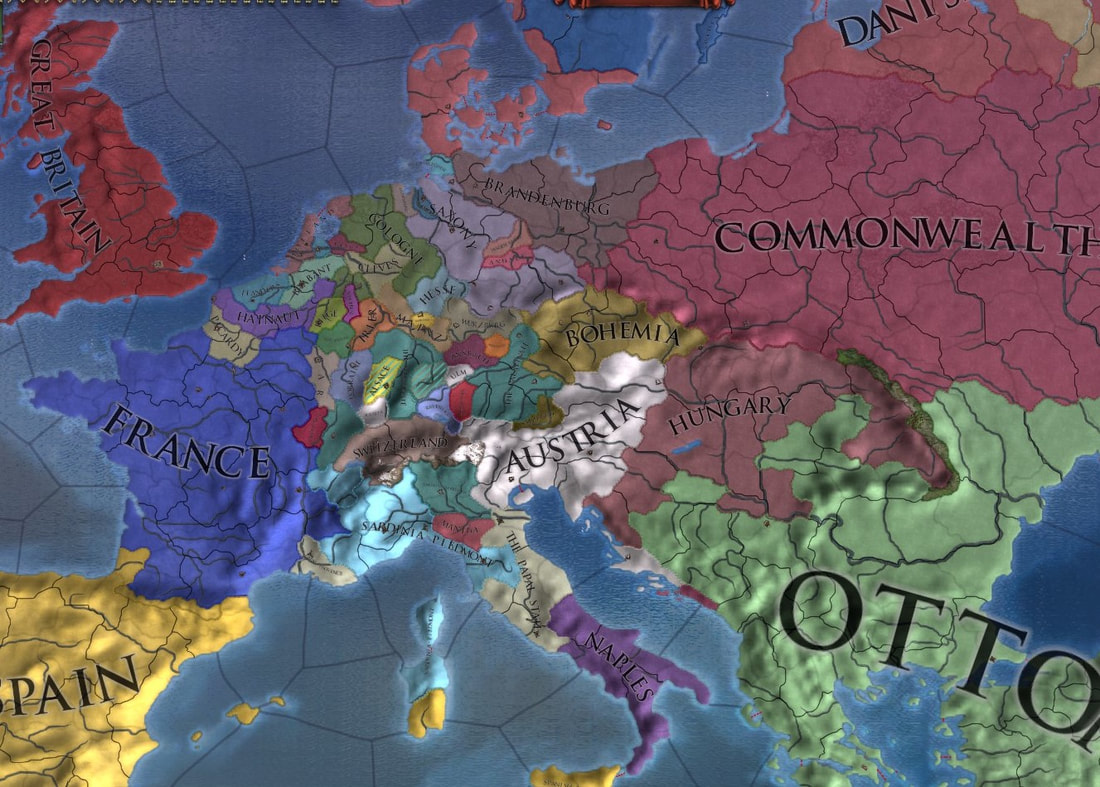 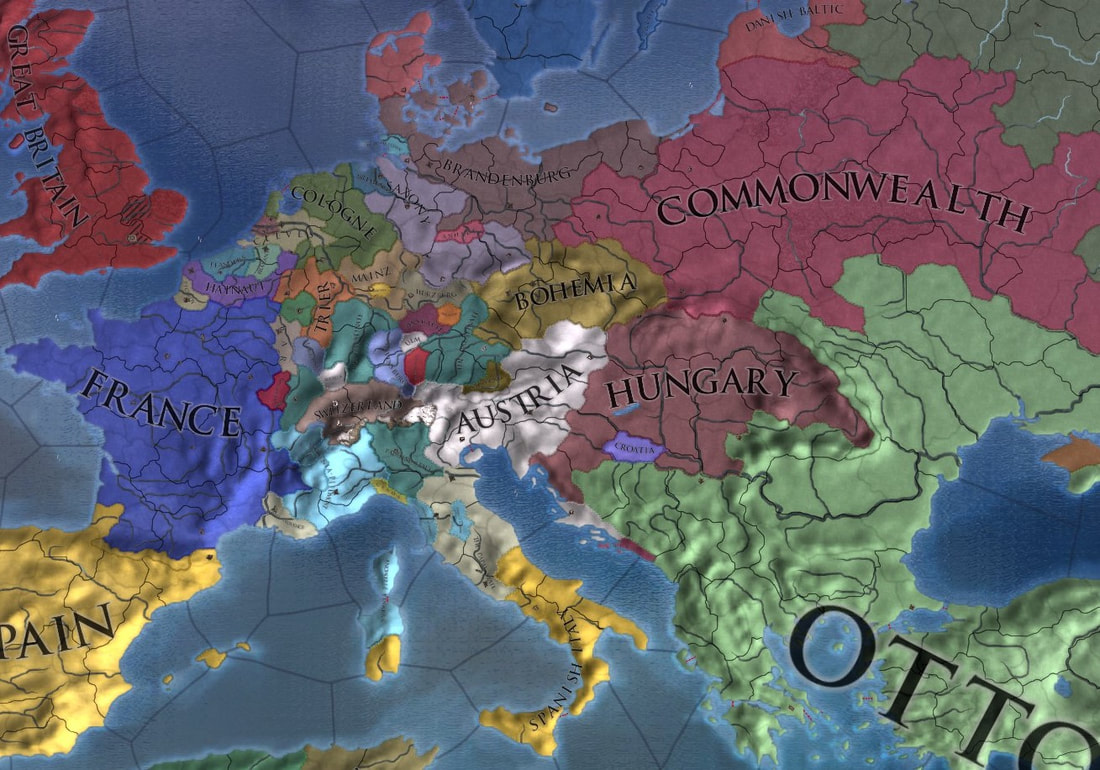 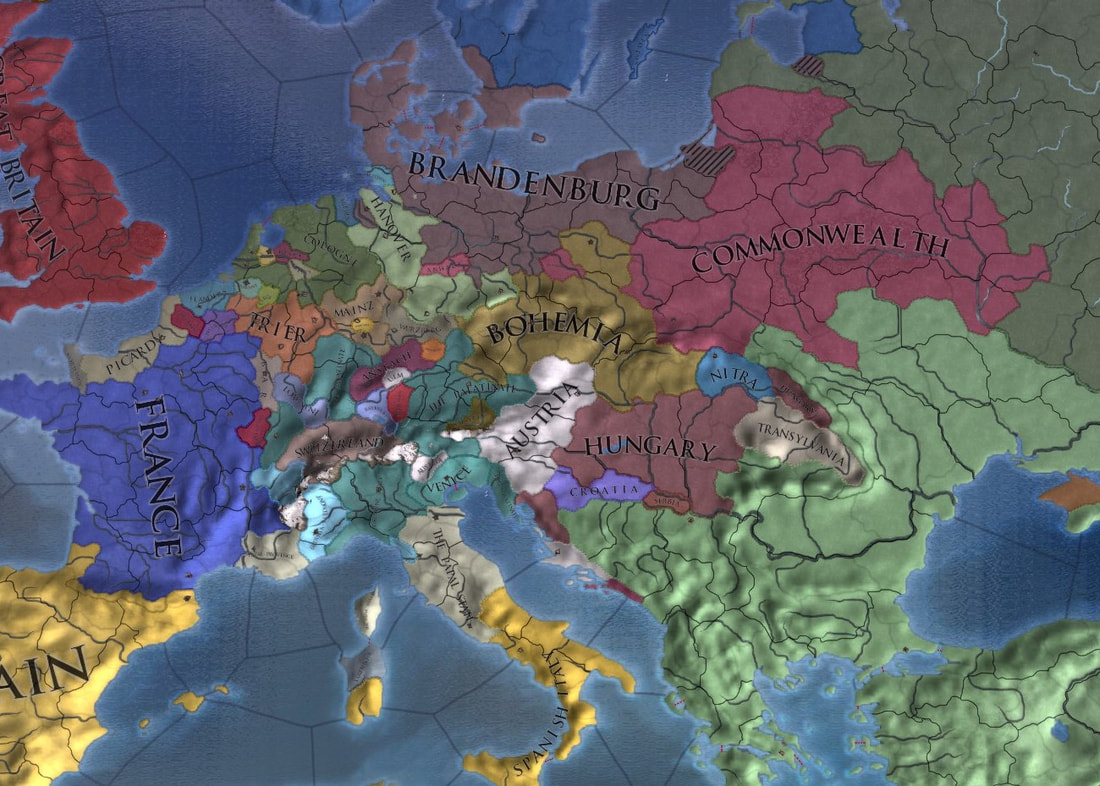 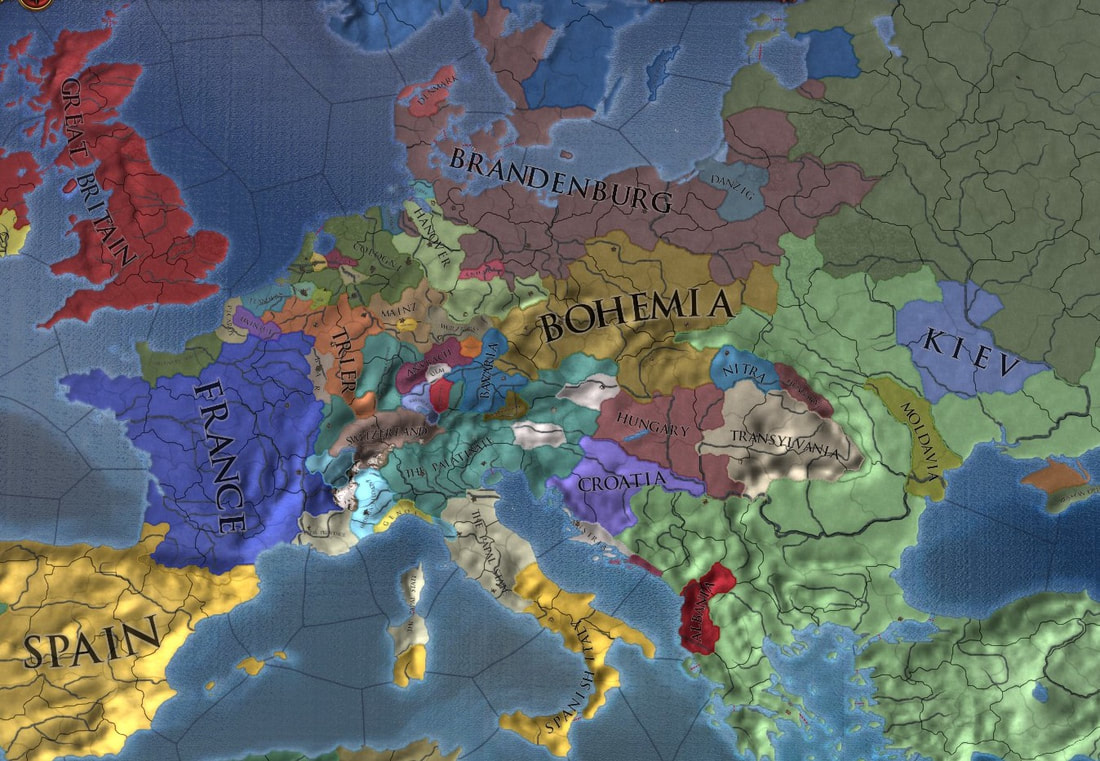 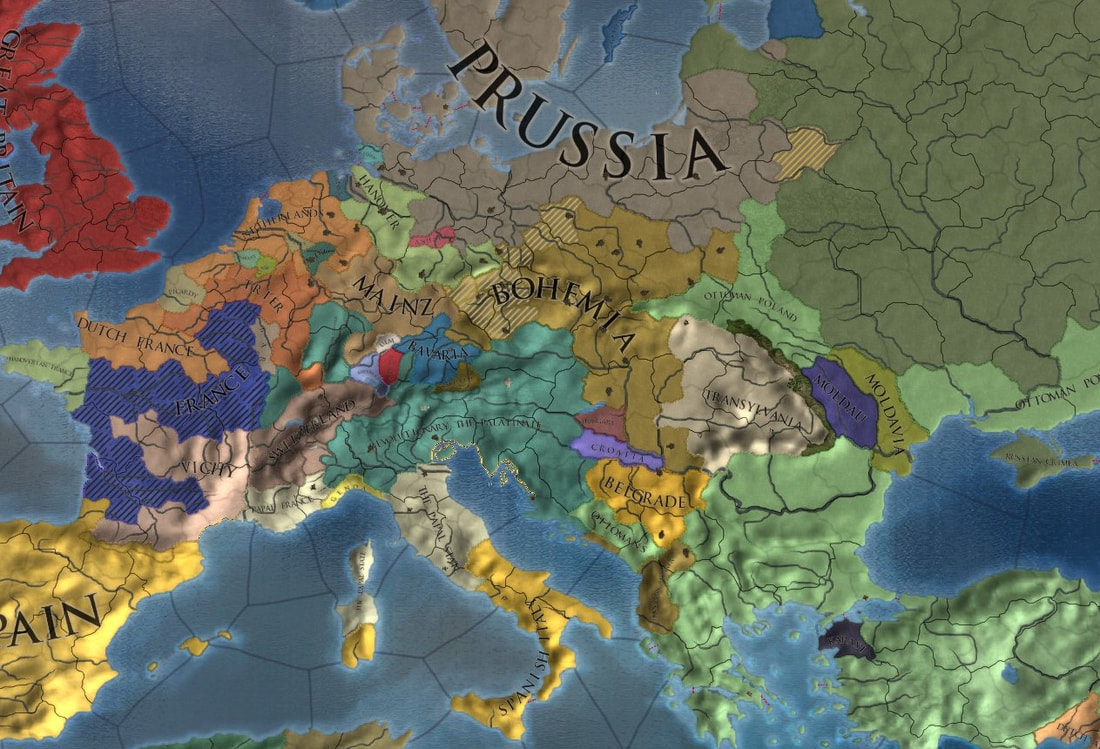 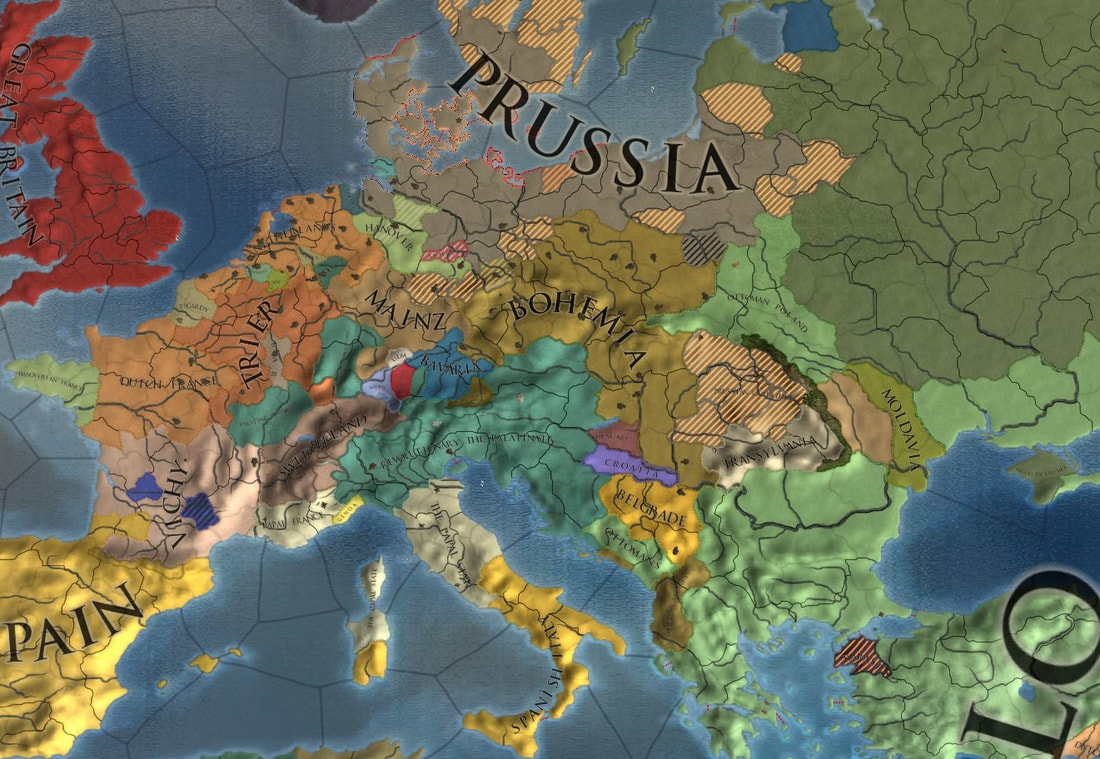 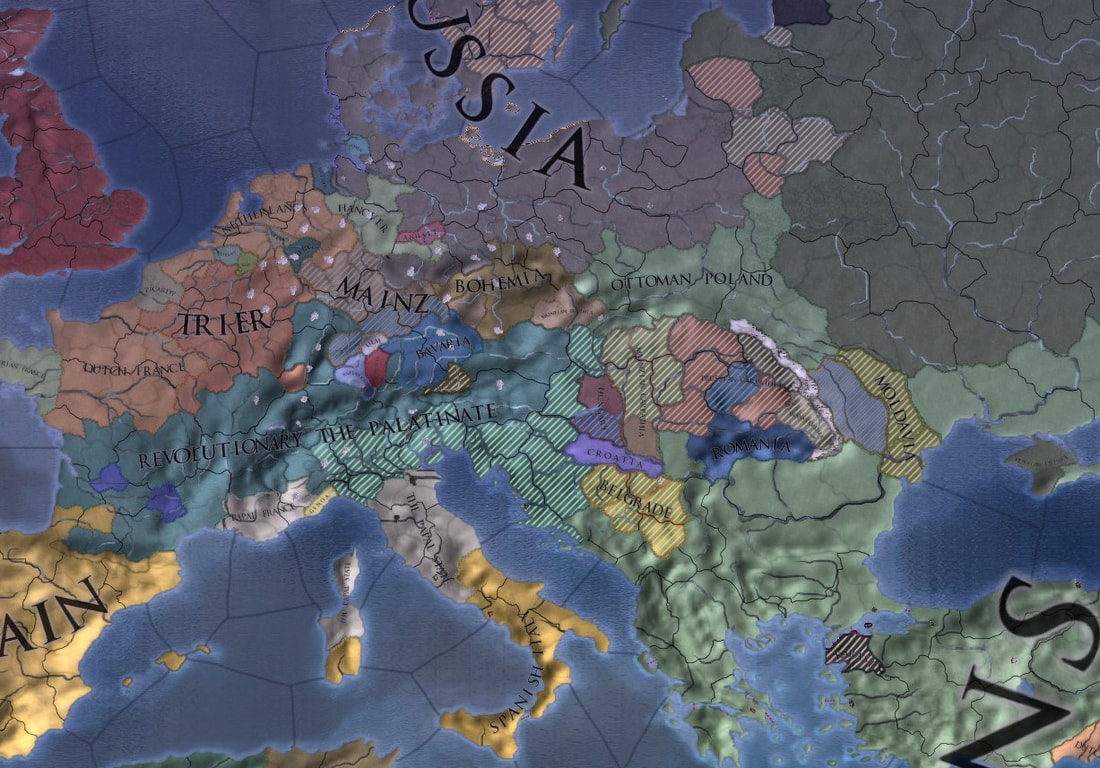