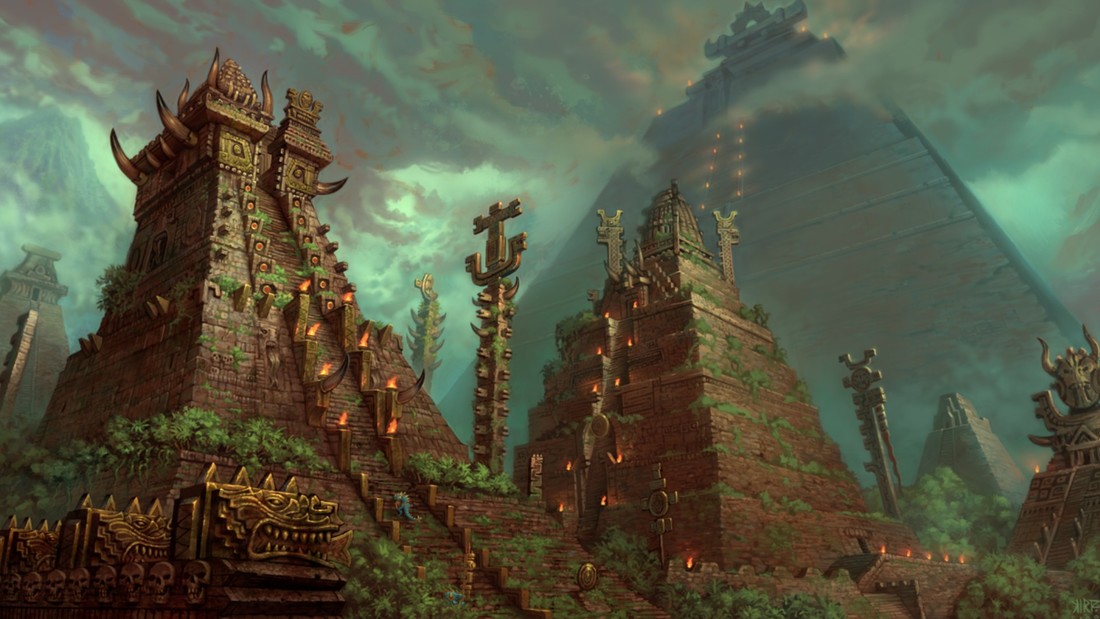 On Ulthuan and the coasts of Naggaroth, the ceaseless war between the Phoenix King and his exiled rival has reignited, drawing all elven realms into a conflict of calamitous consequences. Though most fight for land, pride, and ideals, those who pull the strings of power know that the war's true objectives surround the ancient Vortex that siphons the winds of magic from the world. While the opposing sides appear to be imprisoned in a violent and eternal stalemate, fighting for the resources of their ancestral homeland and the mystic keys that would allow control of the Vortex, an untapped opportunity has been revealed far to the south.

​In Lustria, hidden among forgotten ruins or hoarded away by the enigmatic guardians of the jungle's temple-cities, lie caches of powerful artifacts from the time Caledor and the Vortex's creation. Fragments of waystones and the scrolls of Hekarti number among these discarded treasures, and the revelations of their existence have reached the courts of both Lothern and Naggarond. From Lothern, High Loremater Teclis has defied calls to directly defend Ulthuan, and has controversially redirected the resources of the powerful Order of Loremasters towards a great expedition far from the war's front lines. The Witch-King of Naggarond, aware of both the value of these artifacts and his personal presence at the forefront of his invasion, has tasked another ambitious soul to search Lustria's jungles in his stead. Seeing great profitability for Karond Kar in controlling the means to the Witch-King's power, Lokhir Fellheart has agreed to utilize his corsair armies and his holdings at Chupayotl to scour Lustria and deliver its secrets to Naggarond.

Now, under jungle canopies and among exotic islands, the High Loremaster and the Krakenlord dispatch their forces in a shadow-war, destined to be eclipsed by the greater conflict in the north, but likely to determine the ultimate fate of all the elves.

Spring, 2503 IC
Turn 54
The Turtle Isles captured by the Sentinels of Xeti
​Victory for Lokhir Fellheart